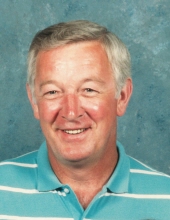 Thomas Elwood "Butch" Barnes, 80, of Hagerstown, passed away at Meritus Medical Center on Wednesday, May 12, 2021 leaving behind his beloved family on earth and entering into the arms of his heavenly family.

Butch was a 1958 graduate of North Hagerstown High School, where he played football and was captain of the baseball team. Baseball was his passion beginning with Little League, Pony League (All Star Team), Prep League (All Star Team World Series), High School, Fast Pitch, and Slow Pitch. He was a lifetime fan of the Baltimore Orioles/Colts and Washington Redskins. He worked as a plumber for 53 years,with R.L. Kershner, Samuel K. Spigler Co. Inc., and Pryor Mechanical. He served in the United States Army during the Vietnam War.

Butch spent many years hunting in the fields of his family's farm and surrounding areas, and tooling around in his shop. Deer season, shared with family and friends, was a special time for him even if he didn't come home with that buck.

Butch attended Bethel United Methodist in Rohrersville, MD. He was a member of B.P.O. Elks Lodge #378, and The Northern Avenue American Legion.

A Funeral Service will take place at Rest Haven Funeral Home on Wednesday, May 19, 2021 at 11:00 AM, with Pastor John Schildt officiating. Committal will follow at Rest Haven Cemetery.

Friends will be received at the funeral home at 10:00 AM.

In lieu of flowers, donations can be made Bethel United Methodist Church at PO Box B, Rohrersville, MD 21779.

The family would like to thank the staff in the ICU unit at Meritus Hospital for their care of Butch.

Life will never be the same without Butch, but life with him hit the ball out of the park!
To order memorial trees or send flowers to the family in memory of Thomas Elwood "Butch" Barnes, please visit our flower store.