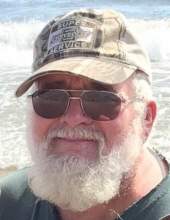 Timothy Howard Dorsey Sr., stepped into the presence of his Lord and Savior surrounded by his wife Belinda of 43 years and his five children on the afternoon of October 17, 2021. His lifetime of hard work and servitude has finally been completed. While you wouldn’t find Tim sitting on a church pew every single Sunday morning, Tim saw God in nature and in all His creations. Tim looked to God for strength and sustainability each day, knowing that each day was a gift from God.

Tim was the third child born to Howard and Catherine Dorsey of Hagerstown, Maryland on June 29, 1957. Tim, along with his brother Charles and sisters Rebecca and Louella were raised on a dairy farm in Washington County, Maryland. Hard work and long days were instilled in him from a small child.

Tim attended schools in Washington County Maryland and graduated from South Hagerstown High School in 1975. He briefly played JV football until he felt the need to help more at home on the farm.

Tim met the love of his life, Belinda, in April 1974. They married February 10, 1978 and had five children; Jessica, Timothy Jr, April, Elijah and Chellsie. He was extremely proud of his children, their accomplishments, and his grandchildren. He was known to show their pictures and videos and beam with pride while doing so. His greatest past time was to spend time with his family.

Tim was the epitome of a hard worker. He would put his boots on most mornings by 4:30 and wouldn’t take them off again until 10:00 at night. In addition to working beside his father Howard, on his dairy farm for many years, Tim and Belinda also have a beef farm on College Road in St. James, Maryland. He continued to farm until only a few short days before his entrance into his eternal home. In addition to his farming, he also worked for the Washington County Department of Water Quality as a Heavy Machine Operator for over 30 years. He also had countless other business endeavors over the years such as doing custom farm work, baling hay for his horse customers, also working for Sire Power and Gower’s Feed. He also delivered McNess Farming Products and had several newspaper routes as family project many years ago.

Those who work hard, play hard is a popular saying and this could not be truer for Tim. He was a member of the International Truck Pullers Association where he was known to pull the Bow Tie Beast, his 1967 Chevy Truck. He competed in many truck pulls in the local tristate area. He also could be found in the garage, along side his sons and countless other friends and family, working on some kind of project. Tim also instigated, formulated and was the “man with the plan,” in regards to the many family activities that can only be described as epic and legendary. Some of the most recent activities Tim planned for his family was a sleigh ride over the snowy hills of the Dorsey Farm, in none other than a speed boat pulled by a tractor. He also just recently hosted a legendary water battle birthday party for his eldest granddaughter at the farm. The party was spanned the length of a field, with perfectly placed round bales for barriers and a dunking tank. His mind was always spinning with grand plans for his family.

Tim lived his entire life as a humble servant. He was always there to help and would be the one to stop by a broken down car to give assistance. He would always be ten steps ahead, anticipating the needs of others and always looking out for the wellbeing of others. He was the ultimate provider who looked well into the future to ensure that those around him were taken care of. He was a friend to many.

Tim is also survived by countless of other children and young adults he considered his own. Tim and Belinda were foster parents with San Mar Treatment Foster Care for many years where they were foster parents and appointed guardians to several children within this facility. They have also hosted two exchange daughters from Ukraine and South Korea. All of them looked to Tim as the incredible father figure that he was.

The greater the love the deeper the grief. The loss of Tim is a concept that can not be described by his family. He was the one everyone looked to for advice, for help and for an adventure. He has been the rock and a constant and will be missed tremendously.

Funeral services will be handled by Rest Haven Cemetery at 1601 Pennsylvania Ave Hagerstown, MD. Tim’s family will hold a viewing and funeral service on Monday October 25th at 12 noon at the Dorsey Farm located at 17733 College Road with a viewing two hours prior from 10-12 . A celebration of life meal will be held after the private graveside service back at the Dorsey Farm around 3:00 pm. All are welcome.
To order memorial trees or send flowers to the family in memory of Timothy Howard Dorsey, please visit our flower store.