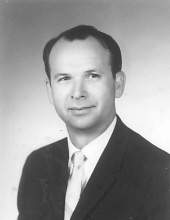 Vaughn Jennings Baker, 98 Dec 21,1923 – Mar 3, 2022, of Hagerstown, Maryland passed away on Thursday, March 3, 2022, at the Doey’s Hospice Care facility.
Born December 21, 1923, in Brosious, West Virginia, he was the son of the late Jessie N. Baker and Vernie E (Coffman) Baker.
Vaughn was a World War II veteran serving the Army Air Corps, serving in Australia, New Guinea, the Philippine Islands and Japan from 1943 until 1945.
He retired as the Clerk of the Circuit Court for Washington County in 1986 after nearly 40 years of service in the Clerk’s office after deciding not to seek re-election. During his years of service as Clerk, he was a charter member of the State of Maryland Court Clerks Association, served as President of the Maryland Court of Clerks’ Association. Throughout his career he had sworn in many notable judges, government officials in addition to conducting countless marriages and naturalizations for the citizens of Washington County.
Vaughn was appointed to the special committee by the Legislative Council resulting in the consolidation of the Baltimore City Court system and the ratification of Land Patent Laws in the State. He also served as a member of the Court Management Institute at the University of Maryland while presenting courses on Maryland Rules of Procedure at the Adult Education Center for the University. Additionally, some career and post career accomplishments include the following: appointed by the Chief Judge of the Court of Appeals to serve on the Court Judicial Education and Training Committee; appointed by the Washington County Commissions to serve on the county’s attempt to establish Home Rule; appointed by the Governor of Maryland to serve as Chairman of the State Property Tax Appeal Board for (3) 5-year terms.
Lastly, Vaughn was awarded the Governor’s Certificate of Distinguished Citizenship.
He is survived by his wife of 74 years of Marriage, Mildred (Reel) Baker of Hagerstown, Maryland and his grandson, Jeffrey Baker of St. Petersburg, Florida and was preceded in death by his son Blaine Baker and his sister Jane (Baker) Swain.

To order memorial trees or send flowers to the family in memory of Vaughn Jennings Baker, please visit our flower store.