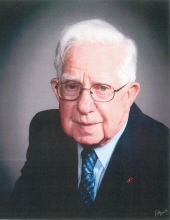 He was retired from Mack Truck, where he worked as a machinist.

He attended Otterbein United Methodist Church for more than 50 years and was a member of the Contemporary Seekers Sunday School class.

Wade has had a very special friend for the past 11 years, Jean Engelmann. They enjoyed dancing, walking, going out to eat, playing games, and visiting with family and friends.

Wade was an accomplished woodworker, building 15 clocks, 2 bedroom suites, many accent pieces of funiture, and 3 houses. One of his main goals in life was to keep active and he walked as much as he could every day. Family was very important to him and he was so proud of his grandchildren and great grandchildren.

There will be a brief viewing and graveside service, per Wade's request, at the convenience of family. The service will be officiated by Rev. Elizabeth Jackson. Burial will be at Rest Haven Cemetery.

In lieu of flowers, memorial donations can be made to Otterbein United Methodist Church at 108 E. Franklin Street, Hagerstown, MD 21740, or to St. Jude Children's Hospital.
To order memorial trees or send flowers to the family in memory of Wade C. Shaffer, please visit our flower store.