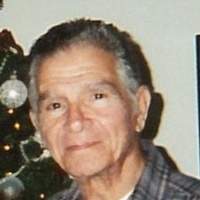 Wilbur Lincoln Mastiano, 89 of Hagerstown, passed away, Monday, March 4, 2019, at the VAMC, Martinsburg, W.Va.
Born October 23, 1929 in Hagerstown he was the son of the late, Joseph and Hattie (Feigley) Mastrouni. In addition to his parents he also was preceded in death by eight siblings, Joseph Mastrouni, William Mastrouni, James Mastrouni, Freddie Mastrouni, Louis Mastiano, Elizabeth Wollard, Stella Blessing and Suzanne Wille.
Mr. Mastiano was a US Army veteran serving in Germany during the Korean War.
He retired as a burner operator for Central Chemical, Hagerstown.
He was a member of St. Mary's Catholic Church.
He is survived by two brothers, Clarence Mastrouni and Francis Mastrouni; one sister, Betty Mastrounni and numerous nieces and nephews.
Funeral services will be conducted on Wednesday, March 13, 2019 at 1:00 P.M. at Rest Haven Funeral Home, 1601 Pennsylvania Ave., Hagerstown.
Burial will follow in Rest Haven Cemetery.
Friends will be received at the funeral home on Wednesday one hour prior to the service from 12:00 - 1:00 P.M.
In lieu of flowers memorial contributions may be made in Wilbur's name to St. Mary's Catholic Church, 224 W. Washington St., Hagerstown, MD 21740
To order memorial trees or send flowers to the family in memory of Wilbur Lincoln Mastiano, please visit our flower store.