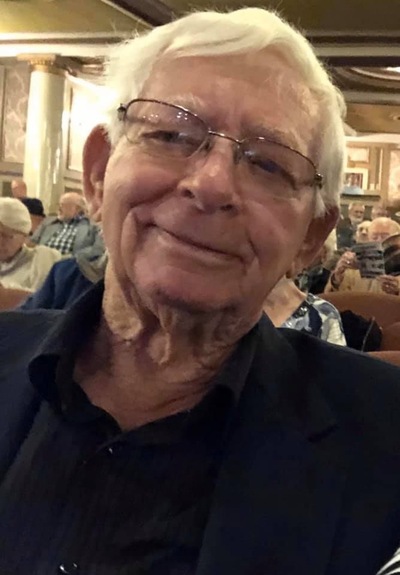 William Conrad Owens, Sr., 89, of Boonsboro, Maryland passed away, surrounded by his loving family, on Friday, December 6, 2019, at Doey's House in Hagerstown, Maryland.
Born January 7, 1930 in Hagerstown he was the son of the late Charles William Owens, Jr. and Maxine E. (Frush) Owens. In addition to his parents, he was also preceded in death by a brother, Kenneth E. Owens; a sister, Marion J. Owens; a granddaughter, Ashley N. Throckmorton and a stepson, Curtis Long.
Mr. Owens was a 1947 graduate of Hagerstown High School.
He retired with 44 years of service as a letter carrier with the United States Postal Service.
Mr. Owens was a US Army veteran of the Korean War, serving from 1951 until 1953.
He was a 50 year member of the National Letter Carriers Association and a member of the Clear Spring American Legion Post 222. He was a manager of the West End Little League for many years and loved golfing and bowling. He was an avid New York Yankees and Washington Redskins fan.
Mr. Owens is survived by his loving wife of 40 years, Ann P. (Williams) Owens; two sons, William C. "Billy" Owens, Jr. and wife, Martha of Belcamp, MD and Frank L. Owens of Stevenson, AL; three daughters, Cheryl J. "Sissy" Owens, Bonnie A. Saunders and husband Daniel all of Hagerstown and Mistyann M. Owens of Boonsboro; one sister, Joann McLucas of Hagerstown; eleven grandchildren, sixteen great grandchildren and numerous nieces and nephews.
A funeral service will be conducted on Friday, December 13, 2019 at 1:00 P.M. at Rest Haven Funeral Home, 1601 Pennsylvania Ave., Hagerstown. Interment will follow in Rest Haven Cemetery where military honors will be accorded by the Maryland National Guard Honor Guard.
Friends will be received on Thursday from 6-8 P.M. at the funeral home.
In lieu of flowers, the family has requested donations to establish a memorial fund in his honor. Contributions may be sent to the Bill Owens fund at the Community Foundation of Washington County MD, 37 S. Potomac Street, Hagerstown, MD 21740. https://secure.qgiv.com/for/cfowcmi
To order memorial trees or send flowers to the family in memory of William Conrad Owens, Sr., please visit our flower store.