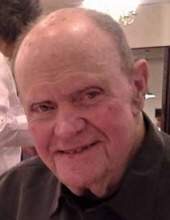 Born August 18, 1930, in the South side of Chicago, he was the son of the late William Edward Donaldson, Sr. and Muriel (Melrose) Donaldson. In addition to his parents, he was also preceded in death by his loving wife, Barbara Ann (Eld) Donaldson, who died February 7, 2019; a sister, Dorothea Donaldson Toovey; and his good friend, Addy Karpowitz.

Bill was a proud veteran of the United States Marine Corp. He was stationed at Camp Pendleton North, in San Diego, California, during the Korean Conflict. During his tenure at Camp Pendleton, he was the head life guard, patrolling the 17 miles of beach owned by the military. He was also a star quarterback for the Camp's football team.

He was a graduate of the University of Dubuque in Iowa, where he played sports such as wrestling, baseball, and football. He was a big fan of all sports, but really enjoyed amateur and collegiate wrestling. And, one time Bill was the head skating coach for his wife's family's skating rink, Starland, in Hagerstown.

Bill retired after 30 years of service as a recreational therapist for the Martinsburg VA Center; a job he thoroughly enjoyed. A main aspect of his job was to transport patients, he saw as friends, to sports games and other activities. He often provided them with transportation to events. He was even known to bring them to his home for holiday dinners. Bill will be remembered as a very charitable man, who went above and beyond the call of duty.

A graveside service will be held at 9:00am on Tuesday , February 11, 2020 at Rest Haven Cemetery, 1601 Pennsylvania Ave., Hagerstown, with military honors. The family will receive friends Monday from 6-8pm at the funeral home.

In lieu of flowers, memorial contributions may be made in his name to Hospice of Washington County, c/o Doey's House, 747 Northern Ave., Hagerstown, MD 21742.
To order memorial trees or send flowers to the family in memory of William Edward "Bill" Donaldson, please visit our flower store.