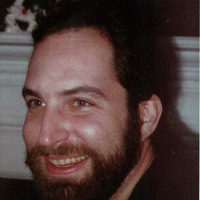 William John Catania, 55, of Columbia, MD, and Baltimore City, died on September 12, 2019, at the University of Maryland Medical Center in Baltimore.
He was born to Constance B. and A. Charles Catania in Philadelphia, PA, on February 3, 1964. He is survived by his parents, his brother Kenneth, and his beloved Melina Giorgi.
Bill was a graduate of Wilde Lake High School and of the University of Massachusetts at Amherst, where he studied Russian and Linguistics. During those times he participated in historical re-enactments and performed at Renaissance Fairs. He became a skilled artisan and in his spare time for the rest of his life he built models from all eras and produced beautifully accurate recreations of medieval jewelry, weapons, and historical clothing. He also later made use of his language skills in his work and in European travel, which included Great Britain, Germany, Norway and, just after the fall of the Soviet system, Leningrad, Russia.
Bill found his calling when he began to work as a stagehand/rigger at theaters and arenas, where he honed his skills on plays, the dance, rock groups, and even a papal visit. From there he went on to his career in movies and TV as special effects supervisor. Along the way he became licensed to work with explosives and fireworks and became a member of the International Association of Theatrical and Stage Employees (IATSE) and the Screen Actors Guild (SAG). In his supervisory capacity, he acquired a reputation for his powerful commitment to the safety of both cast and crew.
His contributions included TV shows ranging from "The Wire" to "John Adams" and "House of Cards," and movies ranging from "Something the Lord Made" to "Gods and Generals," "Ladder 49," "War of the Worlds" and "The Road." His filmography is available online at: https://www.imdb.com/name/nm1819543/
To celebrate Bill's career, on October 19 a memorial gathering for his family and friends was arranged by his TV and movie colleagues at a farm in Reisterstown, MD. Following reminiscences, it concluded with a spectacular bonfire and fireworks display in his honor.
In lieu of flowers, memorial contributions may be made in his name to the Will Rogers Motion Picture Pioneers Foundation (https://wrpioneers.org), which supports movie and theater workers in need.
To order memorial trees or send flowers to the family in memory of William John Catania, please visit our flower store.