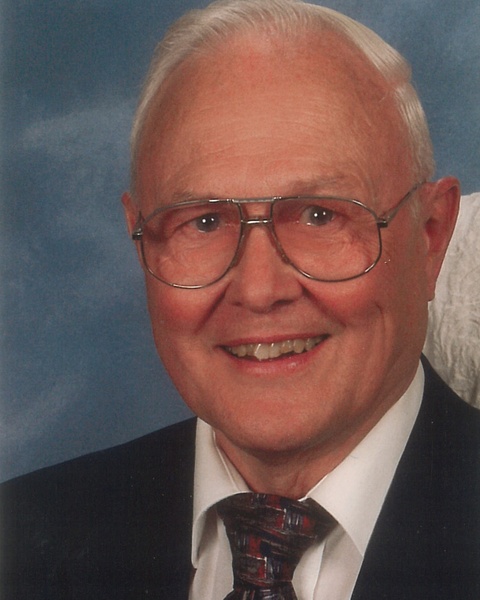 William (Bill) E. Wright, age 91, of Hagerstown, MD, passed away peacefully on Thursday, October 6, 2022.  He is now at rest with the Lord and reunited with his wife, the love of his life, Ruth Alberta Wright.

Bill was born in Hagerstown to the late Clyde G. Wright and Pearl E. Wright. As a child, he developed a love of flight and the field of aviation.  After graduation from Hagerstown High School, he flew onward to Johns Hopkins University studying mechanical engineering.  Bill worked as an engineer at Fairchild Aircraft for 15 years, then traveled over to Mack Truck for three years and propelled himself on to Grove Manufacturing for 29 years.  He retired from Grove Manufacturing having successfully obtained five U.S. patents and holding several director-level positions in engineering.  In addition, he was also an active member of several professional associations including Society of Automotive Engineering, Construction Industry Manufacturers Association, EMI Technical Committee, American National Standards Institute and Canadian Standards Association. Bill was also a member of Grove’s President Club.

Bill and Alberta were married for 19 years before Alberta’s passing in November 1979.  They were loving parents and co-piloted their three children; Bradley Alan Wright, Jean Marie (Wright) Barton and her husband Michael, and Bryan Paul Wright and his wife Beth.  They are also survived by four grandchildren Hannah (Barton) Trumpower and her husband Miles, Zachary Barton, Nicholas Wright and Natalie Wright.  Bill was also preceded in death by his older brother Robert C. Wright and survived by his younger brother Carroll G. Wright and his wife Jane; as well as his beloved nieces and nephews.

Bill was an active member of the community.  He served as a lifetime member of the First Baptist Church of Hagerstown, MD, where he was a member of the Trustees, Planning Committee and Men’s Bible Class.  He also served as the treasurer.  In addition, Bill was involved as a volunteer and held positions in several local organizations including the Hagerstown Aviation Museum, Experimental Aircraft Association, Pegasus Radio Control Club, Ward Museum of Wildfowl Art and the Scale Modelers Society.  He also greatly enjoyed his 1930 Model A Ford, trout fishing and especially his many K9 friends.

Bill will be dearly missed by his surviving brother, children, grandchildren, extended family members and friends.  While we will all miss his presence and company, we celebrate his life as a loving husband, father, grandfather, brother, son and friend, and his many professional and community achievements.

Family and friends are welcomed for a memorial visitation on Tuesday, October 11, 2022 from 6-8-pm at Rest Haven Funeral Home, 1601 Pennsylvania Avenue in Hagerstown.

A memorial funeral service will be held at Rest Haven on Wednesday, October 12, at 11:00am.

To order memorial trees or send flowers to the family in memory of William E. Wright, please visit our flower store.